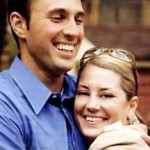 Above: Carson Arthur & Michelle Mawby
A FRESH APPROACH In this episode, Landscape Designer Carson Arthur makes over an existing garden for new homeowners. Mike and Ann have been in their home for two years. So far, they’ve only managed to work on the inside … they’ve not had the time, or the imagination, to tackle the backyard. In fact, Mike has only planted a few thins in the yard and he would like to seen them saved. They also have a young son and so Carson’s task this time is to design a garden that works for the whole family. Guest Decorator: Michelle Mawby.
One of the highest-rated garden make-over series, ROOM TO GROW sets out to transform drab backyards in magnificent outdoor spaces. In each episode, charismatic landscape designer and host Carson Arthur and a guest co-host plans and executes a truly stunning outdoor space makeover and delivers a huge “wow” factor!
EN PROVENCE In this episode, Landscape Designer Carson Arthur brings some style and structure and a French flair to a small courtyard garden in the city. Sandy and Vincent aren’t using their backyard at all right now as it’s just a patch of grass with a couple of plants and a large building at the back. Luckily for them Carson is inspired … he immediately knows that there’s a French courtyard just waiting to be revealed. With a cedar trellis, tumbled stone patio and an exotic water feature Carson will create a space that will transport this family directly to France … for much less than the cost of three roundtrip tickets. Guest Decorator: Michelle Mawby